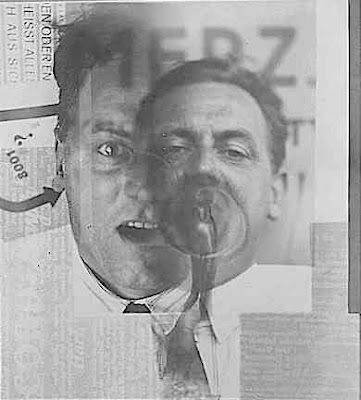 
Virginia City, Nevada, Summer 1965. You know what's going on here. Inside the Red Dog Saloon a sharp-looking young band of acidheads from the Bay Area called the Charlatans are playing weird folkrock for an equally stoned audience. Some consider this the birth of psychedelic rock music, or whatever. You've heard the story before.

So why not just once skip past the Red Dog, and continue down the main street, and up above a hill into a secluded area? There you'll find an odd-looking monastery inhabited by the Christian Yoga Church, adherents of Kriya Yoga, one of many Eastern disciplines crouched away in the valleys and glens of Western America long before the rise of hippie-dom and New Age. Kriya Yoga was an old-school, non-cheesy way of life for honest, hard-working sadhaks looking for something else. Contemplating their teachings I find little out of the ordinary for the Himalayan headtrip scene, and they were apparently serious enough to survive into the 2000s.

In other words, I was unable to come up with anything that could explain the extraordinary LP that was released in the Christian Yoga Church's name in 1967. In fact, I long doubted its origins, because each piece in the puzzle is so unusual that it seemed impossible to connect into something that made sense. But enough clues survive to tell you that this is all for real, although I'm still not able to present a coherent image of its meaning.

Looking at the album title and front cover artwork, you might mistake this for some flower power exploitation album released by Crown, Mark, or other fine repackagers of studio hack music to fit whatever trend was going on that week. "Christian" AND "Yoga" in the same sentence? Whew, that's pretty shrewd. Except that this Church does exist, as evident from our trek into the Nevada hills. Over on the back cover one "Father Christos" tells us that this is music for "going within", while a John Doe explains in detail how the recording session was set up, after which "Father Hilarion" sums it up by pointing out that this is not an amalgamation of the East and West, but a rediscovery that East and West speak the same truth in different ways. This appears to be the core development of their Kriya Yoga studies, and is certainly a notion that has fuelled many an acid trip project -- remember "Easter Everywhere"?

Then there is a reference to that same Himalayan Academy up in Nevada, side by side to a street address in San Francisco, both of which are apparently able to provide instructions on how to listen to the LP if you write them. Geographical and synchretistic confusion expands with a reference to a PO Box at the L.A airport (!) and a thank-you to the engineer, for whom "Allah be praised". A convoluted production credit is given to Bob Keene, who may or may not be the Del-Fi label honcho that watched Richie Valens and Bobby Fuller become stars & subsequently croak.

You have to respect an album where the cover alone provides enough oddball visions and ideas to carry you through a full work-week, but the Christian Yoga Church trip doesn't reveal its full glory until you drop the needle on the lead-in deadwax and enjoy the cosy, familiar ambience of a cheap pressing. And then the music begins. Now, as pointed out by Will Louviere in his excellent presentation of this album, there are literally hundreds of religious commune albums from the good old daze, although few of them are as early as 1967, and NONE of them hits this particular spot. Think Velvet Underground rehearsing on cough syrup in mid-1966. Think Alan Watts rounding up his pals from "This Is IT" for a late-night session full of weirdness and introspection. Think Beat Of The Earth, unplugged.

"Turn On" consists of one continous 50-minute track, recorded live as it happened and without edits. You can hear players coughing and occasionally making mistakes. It goes through many changes as various church members -- credited as "classical yoga students" on the label -- enter to do their musical thing for a few minutes. A spooky reed organ is present throughout, droning through a sequence of modal chords that perfectly carries the East/West theme. On top of this all sorts of instruments enter and leave, mainly percussion -- tablas and gongs, bells, chimes, castanets, kazoos, a tuba and a french horn, high-pitched flutes -- and things that don't sound like instruments at all but people spinning coins on a wooden floor, clinking glasses or banging on tables. Inside this droning maelstrom sanskrit mantras come and go, done with American accents in a fairly mundane manner and occasionally interspersed with meditative "ommmm" chants.

It could have been a mess, but is instead an intense tranced out organic exploration into the Absolute Now, with a human-spiritual atmosphere as thick as anything I've ever heard. In line with its background one might be inclined to take "Turn On!" as one of those "trip music by accident" artefacts we sometimes stumble across, but as the liner notes show, the lysergic nature of the beast was deliberate:
"... that Memorare recordings is releasing a most decidedly Psychedelic Music album on an Ecumenical series might be a surprise to some, but not to those who firmly believe that we 'go through all things to God'..."

Ah, this is as true psychedelia as you ever can find -- about halfway through side 1 the music subsides and we are treated to the sound of running water, not from some lame sound effects library but there and as it happened, although I have no idea how it was achieved -- because you can tell that it is a LOT of water running. The intensity builds and dissolves, builds and dissolves, a gigantic gong chimes when you least expect it, and the spooky Twilight Zone Search Party reed organ is always sneaking around in the background. It's impossible to review this music in a structured way -- like "the plastic flute player is good, but the guy knocking on a table sounds unrehearsed" -- but trying to gauge the acid flow of the 50 minutes, I would say that some of the most impressive vibes of all can be found at the beginning of side 1, opening an easy-access door into "Turn On!" for anyone looking for esoteric kicks on a world-class level.
- review by Patrick the Lama

fire hang out with me
Top 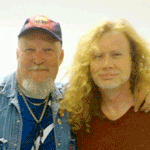 Glæder mig til at følge med i tråden her!
Top